I moved to Ohio in 2000. My kids' dad took a new job, and we made a very big change to a northern climate, a new culture and a radically different church environment (though we didn't appreciate the differences at the time).

I left Ohio in 2004, bent and broken, my marriage in flames and my kids' lives changed forever. I moved east in the clutches of a powerful sense of shame and failure. I found refuge in my parents' home, and in a church that was made for broken people like me. I sat under the teaching of a pastor who became a friend, who never stopped reminding me that I was not who I used to be. New life grew around the shame, not really leaving it behind or letting it go, but accepting it and cloaking it with grace.

Those seeds of grace were planted here in Ohio, in this little community that is a bit of a paradox: small, homey, quaint - in many ways, quintessential small-town America. And yet, at that time, also the county with the highest per-capita income in the state.

I left Bainbridge, but I returned time and time again; first, to bring the kids to their dad, who continued his life here for some time. Later, I came on my own, when my path began to include someone who had family ties here.

On this most recent trip, we drove into my old neighborhood. Pulling up in front of the old, barn-red house with the gambrel roof, I found myself still. I looked at the driveway, at the mailbox, at the neighbor's house; the slight hill covered with snow, the breezeway between the garage and the front door. It was all so familiar, a relatively recent point in my past, and it felt so close. As if it were still within my grasp. I thought, "I could still be here. We could be in this house. If things had been different, if I had not done what I did, if we'd made different choices...we could still be here."

I indulged that thought for a moment.

But it was not true.

Too much has changed, and it was going to change, somehow, and in the deepest part of myself I know this: We would have left. Maybe through a different course, perhaps leading to other outcomes - but change was on its way. It was inevitable.

This makes me sad, somehow. And yet it is a truth that settles me.

I feel at home here, and it surprises me, so much so that I dwell on it. I lived many years in Texas - longer than I ever lived here. I was raised in western Pennsylvania, in similar landscape - so maybe that's the connection, that the hills and pines and snow and seasons all feel so familiar, that the climate is the same as the one that shaped my earliest years. I have lived in my current home longer than I have lived anywhere since I graduated high school. And yet here, in this suburb of Cleveland, I sense that I am deeply rooted, more so than any other place I have ever been. I feel I belong.

My husband does not feel the same, although he spent a much longer part of his life here. He does not share the sense of safety, of home, of groundedness that calls, "Welcome home" every time I come here. He skirts around the outside of the places he once knew, unwilling to enter into any sort of familiarity. He is not comfortable here, not like I am. He has his reasons.

I vividly recall standing outside of Fellowship Bible Church one afternoon, when plans were in place for our move to Virginia. Sharing thoughts with Pastor Jamie Rasmussen, I mentioned that I doubted I'd never be involved with music in church again, that I felt sure that God would lead me in a different direction, for although He hadn't abandoned me, I had certainly squandered the opportunity He had given me to be part of leadership. Jamie looked me square in the eye and said, "Don't count on it. God's not done with you yet. I wouldn't be surprised if He brings you back."

The seeds of grace were planted and lightly watered here, and a year later God put Pastor Brian Hughes in front of me to say, "You are not who you used to be", and thank God I'm not, and now twelve years after first taking up residence in Northeastern Ohio I find myself driving up and down Route 306 wondering why this always feels like home.

I wrestle these thoughts every time I am here; I muddle through the notion that there is some call, some reason that I would return to make a life here, and I simply can't find it. My children, my family, my life, my calling are all in Virginia.

So what is this thing?

I ask myself again and again, and tonight I think perhaps a glimmer of the truth that whispers to me finally cracked through the cords of my unfocused, ever-wandering mind.

This is the place where I laid down my arms, the weapons I'd formed to wield that proved I was a good Christian girl, that I was acceptable to God, that I was a dutiful wife and a good mother. I crashed and burned here, and although it was dangerous and painful and sinful and wrong on so many levels, it cracked the facade, the display of "good girl" that was exhausting all of my emotional and spiritual resources.

This is where I gave up.

And this is where I realized that losing my life meant I could finally gain it. In giving up, I had room for salvation, and all my best intentions to act like a good Christian gave way to simply being a sinner, saved by grace.

I think that's the power, the draw. There is a fundamental truth for me, that this is a place of birth. In spite of the sorrow and the things that were broken, I met grace here, in a community of people and the reality of Jesus. Regardless of whether I might ever have relationships with any of those people again, this place rings true for me. It is my Ebenezer, the place that says, "This marks the place where God helped me."

Posted by Beth Stoddard at 1:20 AM

I love these words: "New life grew around the shame, not really leaving it behind or letting it go, but accepting it and cloaking it with grace." That's good stuff. Good reflection. There are two kinds of people...

Ecclesiastes 3:1-9 says it best; there is a season for everything. Sometimes situations change and we don't know why but God does.
Bless you!
My daughter Lindsay D looks up to you so much and I can see why.

Ecclesiastes 3:1-9 says it best; there is a season for everything. Sometimes situations change and we don't know why but God does.
Bless you!
My daughter Lindsay D looks up to you so much and I can see why. 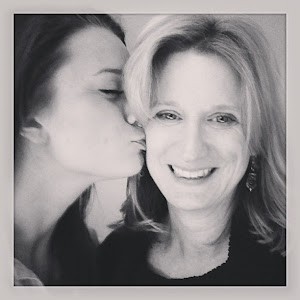